Following realignment, the Wörrstadt renewable energy specialist increased its revenue to €575 million in 2015, a rise of about 15 percent compared with 2014. 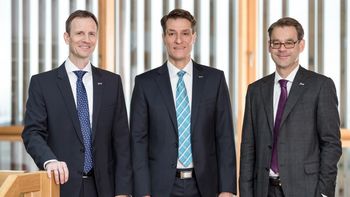 The turnaround has been accomplished. Following two years of losses and comprehensive realignment in 2013 and 2014, the juwi Group of Wörrstadt (Rhineland-Palatinate) has reported a profit for 2015. With revenue of €575 million (2014: about €505 million), the profit figure was about €2.3 million (2014: loss of €112 million). “Considering our situation at the beginning of 2015, this is an outstanding result,” Marcus Jentsch, Executive Board Member of juwi responsible for finance, emphasized. In the 20th year since its foundation, juwi can therefore not only celebrate its anniversary but also its return to profit.

There are a number of reasons for the turnaround. A key contribution to the significant improvement in profit was made by the strategic reorientation of the company, focusing on the business areas of wind onshore project development,  concentrating on Germany, and photovoltaic project development and EPC services, concentrating on international business. In addition, juwi stepped up its activities in commercial and technical management for operators of wind energy and photovoltaic facilities. “Following the discontinuation of a large number of loss-making activities, our concentration on our core business areas has now paid off. We have practically returned to our roots – a ground-breaking decision,” said company founder Fred Jung.

There is a second key reason for the positive development. As a result of the acquisition of a stake in the juwi Group by MVV Energie AG at the end of 2014, the company now has a significantly more solid financial foundation. MVV Energie AG holds about 63 percent of the shares in juwi and has repeatedly stated its commitment to the stronger expansion of renewable energies. In the juwi Group, MVV has found a competent partner for this commitment, both in Germany and in other countries. “Now we will need to continue the momentum of this partnership into the future with a view to benefiting from the megatrend of renewable energies together,” said Michael Class, Chairman of the juwi Executive Board. Class has been a Member of the Executive Board of juwi since the beginning of 2016 and became Chairman of the Executive Board on July 1, 2016, when Fred Jung stepped down from the company’s Executive Board and joining its Supervisory Board.

Last year, there were especially positive developments in photovoltaic business outside Europe. With a wide variety of offices, juwi is active as an experienced energy specialist on all continents. In 2015, juwi successfully implemented projects especially in the USA, Australia, South East Asia, Japan and South Africa. “There are good reasons why juwi is among the world’s leading project developers and EPC service providers in the photovoltaic sector,” explained juwi Executive Board Member  Stephan Hansen, responsible for international business. “We intend to defend this position and to make many positive contributions to the profit of the juwi and MVV groups.“

For 2016, the juwi management expects a further increase in revenue and a further improvement in the annual profit figure. “Thanks to our own economic performance and the financial support of the  MVV Group, we now have a high, stable equity ratio of about 25 percent. This significantly improves our standing with banks, suppliers, investors and other business partners. It will make everyday business easier and create leeway for further investments in the future,” said Marcus Jentsch, Executive Board Member responsible for finance.

About the juwi Group
juwi, one of the world’s leading companies in the area of renewable energy, celebrates its 20th anniversary this year. The renewable energy pioneer with a strong regional presence offers project development and EPC services as well as products and solutions for the energy turnaround. Company activities are mainly projects with solar and wind.

The juwi group was established in 1996 in Rhineland-Palatinate/Germany. Since the end of 2014, Mannheim based utility MVV Energie AG has been partner and majority shareholder (63%) of the juwi Group. juwi has about 1,000 employees worldwide, branches on all continents and is actively engaged in various projects all over the globe. Working together with passion to implement renewable energy economically and reliably is what drives us.

So far, juwi has realized around 900 wind turbines with a total capacity of approx. 2,000 megawatts at more than 150 sites globally. In the solar segment, more than 1,500 projects with a total capacity of around 1,700 megawatts have been designed and constructed. Combined, these energy systems produce around 7.5 billion kilowatt hours of clean energy per year, equalling the annual demand of more than 2.5 million German households. Within the past 20 years, juwi has initiated an investment volume of around seven billion euros to realize these projects.

END_OF_DOCUMENT_TOKEN_TO_BE_REPLACED

Changes in the board of directors of the juwi group