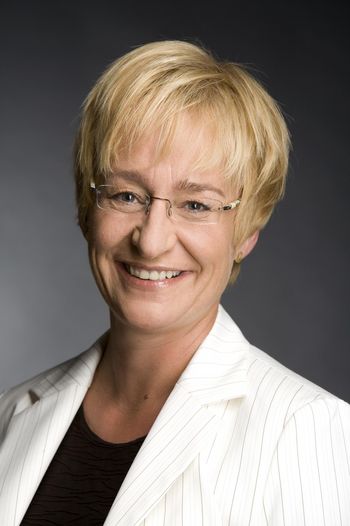 Dagmar Rehm is appointed new member of the managing board and is becoming new Chief Financial Officer (CFO) of Wörrstadt-based juwi AG on 1 January 2017.

Dagmar Rehm is appointed new member of the managing board and is becoming new Chief Financial Officer (CFO) of Wörrstadt-based juwi AG on 1 January 2017. The 53-year-old economist will be succeeding Marcus Jentsch (48) who is retiring from the company’s managing board at his own request, the renewable energy specialist informed on Monday after a supervisory board meeting.

Dagmar Rehm is moving from Mannheim-based Bilfinger SE to Wörrstadt. In her position as finance director at Bilfinger, she has been responsible for “Engineering, Automation & Control” since 2014. Prior to this, Dagmar Rehm held various management positions within the commercial department of the Bilfinger Group. Before she joined Bilfinger she was in responsible positions within the controlling department at Thomas Cook, Deutsche Bahn, and AEG. She completed her studies of economic sciences at the universities of Mannheim and Würzburg.

“In Dagmar Rehm, we are gaining an experienced and an expertly qualified personality for this responsible and challenging task”, Dr. Georg Müller, chairman of the juwi supervisory board emphasizes. “Together with her future board members, Michael Class and Stephan Hansen, Rehm will continue to push ahead the chosen path in order to further expand the juwi group’s strong market position in the field of renewable energy, in Germany and abroad.”

Marcus Jentsch has been executive board member of the juwi AG since February 2015. The renowned financial expert has been responsible for the company’s commercial affairs and the legal division. With the appointment of Dagmar Rehm the supervisory board reflects the wishes of Mr. Jentsch to terminate his contract prematurely to take up new professional challenges.

“He has taken over great responsibility for the company during the restructuring process and thus contributed significantly to the archived turnaround,” Dr. Georg Müller acknowledges the achievements of the previous Chief Financial Officer. “We very much regret the departure of Mr. Jentsch and wish him all the best for the future, both professionally and personally.”

END_OF_DOCUMENT_TOKEN_TO_BE_REPLACED

Pan African has entered into an engineering, procurement and construction agreement with juwi South… more