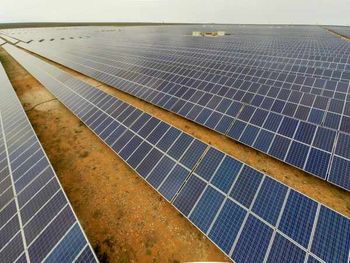 Under the deals signed, AIIM’s IDEAS Managed Fund is a 50.01% shareholder in the 3 projects which were signed by Juwi, under Round 4 of the REIPPPP Programme. The IDEAS Managed Fund is one of South Africa’s largest domestic infrastructure equity funds with ZAR13.2m under management. Debt funding has been provided by Absa and Nedbank.

The agreements follow in the wake of Energy Minister Jeff Radebe’s R56bn announcement in April 2018, contracting 27 independent renewable energy power producers to add 2,300 MW of renewable electricity to the national grid over the next five years.

“We are delighted to have closed the EPC and O&M contracts and the associated agreements with AIIM, together with their equity and debt partners. For juwi, this represents a major milestone as the addition of this 250 MW triples our existing portfolio of solar PV projects constructed and operated in South Africa,” commented juwi MD, Greg Austin.

juwi will operate and maintain the solar plants for an initial contract period of 5 years from commercial operation.

Some of the key social and economic benefits of the new solar facility investments include 100% SA ownership, 50% direct black ownership, greater than 65% black ownership including indirect black ownership, and 40% black participation in engineering, procurement and construction (EPC) contracts, and the transition to majority black-owned operations and maintenance contractors. Additionally, the three projects are expected to create over 1600 jobs during construction and 4000 jobs during the operations and maintenance phases.

“The RE sector brings real socio-economic benefits to South Africa, offering significant job creation, and infrastructural development to facilitate economic growth and attract investment to the region,” said Austin, adding that the job benefits are enjoyed in diverse and more remote areas of the country as a result of the decentralized nature of renewable energy projects.

“As part of the deal package, juwi has committed to structuring its construction and operations companies to align with the IPP Office’s black shareholder requests arising post-projects preferred bidder status,” said Austin.

Richard Gordon CEO of ACED agrees that the future looks bright for renewables: “The finalisation of these contracts indicates that the government sees a future in renewable energy in South Africa and it’s given the investor community confidence in an area that has been lacking in the past two years. It bodes well for future rounds - Investors this as programme as being a solid long-term stable returns and it’s a secure place for banks to lend money into.”

Financial close on all three REIPPPP projects was achieved during the course of July 2018, enabling the projects to now move into the construction phase.  Construction will commence at Droogfontein 2 in Q3 2018, at Bokamoso in Q4 2018 and at Waterloo in Q1 2019.