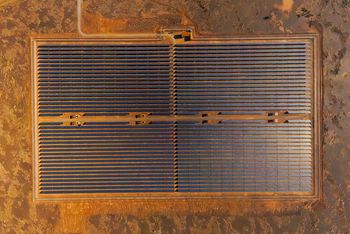 The biggest climber is Norway’s Scatec Solar; up 20 places since the start of 2018 thanks to projects in Egypt, Brazil, Jordan and Malaysia. Spanish contractors Acciona, ACS, Gransolar, Sener and TSK are all climbing, buoyed by revival of their home market, and projects in South America. The burgeoning Australian market led to the rise of RCR Tomlinson but also to its collapse last November after reportedly becoming over-extended.

“The top spot is now under threat” says Wiki-Solar founder Philip Wolfe “with Sterling & Wilson, Swinerton, and Acme having installed 3½ GW between them in the last 18 months. First Solar is focussing on solar module production and now less frequently handles downstream EPC activities, adding only about 1/3 GW in this period. Similarly, manufacturers SunPower Corporation and Hanwha Q-Cells have become less involved in power plant construction and are slipping down the list; as is Bechtel, which seems to have been inactive in this sector for the last 5 years.

The three top German contractors Juwi, Belectric and Enerparc are managing to hold position, partly through overseas activity in the Americas and Asia, including the explosive Vietnam market. The emerging market in Turkey in 2017 helped Metka-Egn join the list for the first time.

Most EPC contractors also offer Operations and Maintenance services for the projects they build, so the list of top O&M contractors is similar to the EPC table above. Some contractors also maintain plants built by others, so companies like British Solar Renewables rank higher in the O&M list than as an EPC.
Wiki-Solar’s lists are built from the bottom up by totalling the capacity of utility-scale solar projects on its database. Wolfe points out that this means the contributions of some – both on and off the list – are higher than shown, because for some projects the EPC contractor is not known. “Many leading players keep us informed about their contributions; but the involvement of others may be substantially understated”, he says. There should, for example, be more Chinese companies in the top ranks than shown here, but participation in Chinese projects is less widely reported.

It should be noted that this list totals only commissioned projects for which the companies acted as EPC contractors. Many of those listed also act as project developers or in other roles and are responsible for more overall capacity than is shown here. Wiki-Solar has confirmed that it will be publishing its list of top project developers later this month.

The ranking can be found at:
http://wiki-solar.org/library/public/191009_Leading_utility-solar_EPC_contractors.pdf