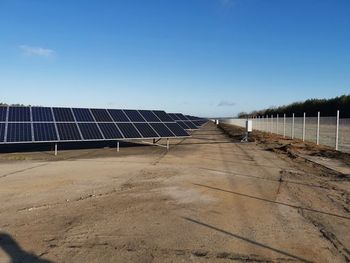 The first own solar park of the Lausitz-based energy company LEAG has been put into operation and feeds environmentally friendly solar power into the grid. The "Welzow III" photovoltaic plant has been built on LEAG's own land at the Welzow airfield. It is the third of its kind at the Welzow airfield, following the two plants developed and built by juwi AG in 2011. With its more than 14,000 modules, the 10-MW solar park can, in purely mathematical terms, supply around 3,000 households with electricity each year.